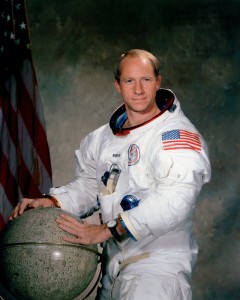 Served as an instructor at the USAF Aerospace Research Pilot School, Edwards AFB, California until selection by NASA.

Following support and back-up duties in Apollo, assigned as prime CMP for Apollo 15.

1971, as CMP of Apollo 15, performed the first deep space EVA in space history when he spent 39 minutes outside Endeavour to retrieve film canisters from the Scientific Instrument Module(SIM) bay on the side of the Service Module.

Retired from NASA in September 1975 to enter private industry. 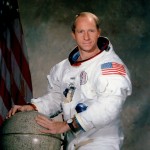