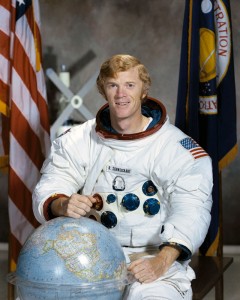 Following graduation served as a pilot in the USAF and Air National Guard from 1956 to 1963.

Worked at MIT, as a research scientist in the Experimental Astronomy Laboratory until selection by NASA.

Following the Skylab program, moved to NASA Headquarters in Washington D.C. as Director of User Affairs in the Office of Applications.

Later assistant to Governor Jerry Brown as a science and technology advisor in California.

1979, retired from NASA and named Chairman of the California Energy Commission.

Founder and Past President of ASE (the Association of Space Explorers).