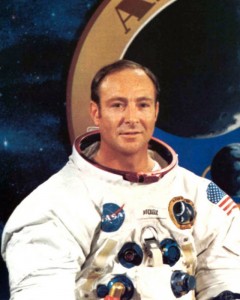 Joined the US Navy in 1952 and completed basic training in San Diego.

Served in Okinawa, then in 1957 & 1958 aboard the aircraft carrier USS Ticonderoga.

Research Project Pilot with the Naval Air Development Squadron until 1959.

Chief of the Project Management Division of the Navy Field Office for the Manned Orbiting Laboratory(MOL) Project in 1964 and 1965.

February 1971, became the sixth man on the moon as Lunar Module Pilot of Apollo 14 during a three day stay at the Fra Mauro landing site with his CDR, Alan Shepard.

Retired from NASA and the USN and founded the Institute of Noetic Sciences in California, devoted to the study of, among other things, ESP and the paranormal.

1984, co-founder of the Association of Space Explorers.

Later, Chairman of the Board, Forecast Systems Inc., Provo, Utah. 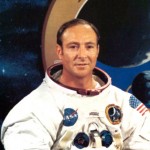