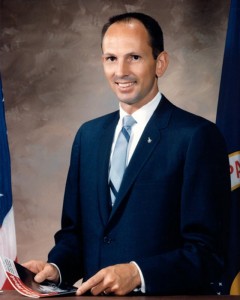 Working as a flight test engineer and flight test instructor at Edwards AFB, California when he was selected by NASA.

Died in the crash of his T-38 jet after a snow goose crashed through the canopy during his landing approach. He had time to eject but was too low and his parachute did not fully deploy.